The next municipal election in the town of Portugal Cove-St. Philip’s is Tuesday, September 28, 2021. Casting a ballot for a Mayor and a ballot for six Councillors allows residents to participate in electing officials who will make decisions on their behalf.

Please note for the 2021 election, both in person and mail in ballot options will be available to all residents. PCSP Vote by Mail Regulations (2021) have been approved by the Minister of Municipal and Provincial Affairs.

The most recent election for Council took place on September 26, 2017.  This election determined the town’s municipal governance for the next four years. These are the 2017 ELECTION RESULTS.

The Portugal Cove-St. Philip’s Council is comprised of a Mayor and six Councillors. The vote for Mayor is held on a separate ballot from the Councillors ballot.  The successful Councillor with the most votes will be automatically nominated for the position of Deputy Mayor. At their first Council meeting, Council will vote for the Deputy Mayor position, if a second nominee is put forth.

Time Commitment of a Councillor

As a Councillor, you can expect a minimum  of 10 hours per week, however depending on additional responsibility’s and/or council activities some weeks will require more time and effort.  A Councillor may also volunteer to represent Council at meetings of other organizations, community events and other locations.

Check out makeyourmarknl for campaigning resources.

A resident is qualified to be nominated as a candidate for Council who:

(a)  is eligible to vote in an election held under the Municipal Elections Act in the municipality in which he or she is nominated to serve as a Councillor;

(b)  is not in arrears of taxes or other charges payable to the municipality; and

(c)  is ordinarily a resident for a period of 30 days before the commencement of the nomination period either in the municipality or in an area that on election day is part of a municipality.

A candidate for the office of PCSP Councillor shall be nominated by two residents who are eligible to vote. A nomination shall be in writing; shall state the name and civic address of the candidate; be signed by the proposer and seconder, both of whom shall be present together with the candidate who shall also sign signifying his or her acceptance. Note: the requirement to be present may change due to Covid-19 restrictions.

A candidate at the time of his or her nomination shall deposit a sum of $10 with the Returning Officer and that sum is not refundable.

The Returning Officer will provide a Candidate Information booklet to take home for reference.

The Returning Officer shall give notice of the names of the candidates, the time of the election, how to vote by mail, and the location of polling booths, by publishing in our local newspaper, in the town hall and in other public places.

Before running for office

To better understand and prepare for the election, and potentially the position of Councillor, a candidate may wish to consider:

When developing a platform you can:

Campaigning is an opportunity to convince voters that you are the best candidate. A campaign usually involves talking and listening to residents, distributing promotional materials, using websites and social media and attending a ‘Meet the Candidates’ forum hosted by the town. Many of the usual campaign practices may be impacted by Covid-19.

Election signs policy is available here and states signs may be erected on or after nomination day on public property, i.e. August 24, 2021.

A candidate shall not campaign or distribute campaign materials in an area that is less than 30 metres from the entrance to a polling station or vote by mail drop box.

The votes are counted and shared on election night in Council Chambers. This may change due to Covid-19.

A Canadian citizen who is 18 years of age or older is qualified to vote at an election where he or she has been ordinarily resident for the 30 days immediately before election day in PCSP.

Note: The following rules shall determine the residency of a person:

(a)  a person shall be a resident of the place where he or she lives and sleeps and to which, when absent, he or she intends to return;

(b)  residency is not lost by a person who leaves that residence for temporary purposes only; and

(c)  the place where a person’s family resides shall be his or her residence unless that person commences and continues to live at some other place with the intention of remaining there, in which case, the person shall be considered to be resident in the place in which he or she intends to reside.

(d)  A person shall have only one place of residency.

On or about July 28, 2021 residents can contact the Returning Officer, Claudine Murray at 895-5652, to confirm they are on the voters list. Where the name of a qualified voter does not appear on the list of voters, the Returning Officer shall, upon satisfactory proof being provided to her, correct that error by inserting the name.

On election day, a resident whose name does not appear upon the voters list and is qualified to vote may vote upon taking an oath or affirmation in the required form with satisfactory proof of I.D.

For the 2021 election, both in person and mail in ballot options will be available for all residents. Further details will be provided soon.

Council meetings and Standing Committee meetings will be scheduled by the Mayor, with each Councillor’s schedule in mind, and commence within two weeks of the election. The Town Clerk will provide an information package for each Councillor to take home for reference. Multiple trainings will be provided by the town, as well as by the Department of Municipal and Provincial Affairs.

A successful candidate shall sign an oath of office, a conflict-of-interest statement and campaign contribution form.

For details on municipal elections in Newfoundland and Labrador, please visit the following pages and legislation:

Further details will be posted as they become available. 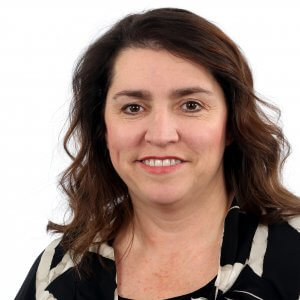 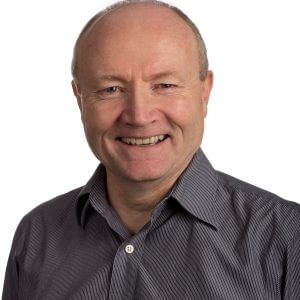