A partnership has been established between the East Coast Trail Association and the Towns of Portugal Cove-St. Philip’s, Conception Bay South, and Paradise to commence trail enhancement of the historic path between Topsail Beach and Portugal Cove. 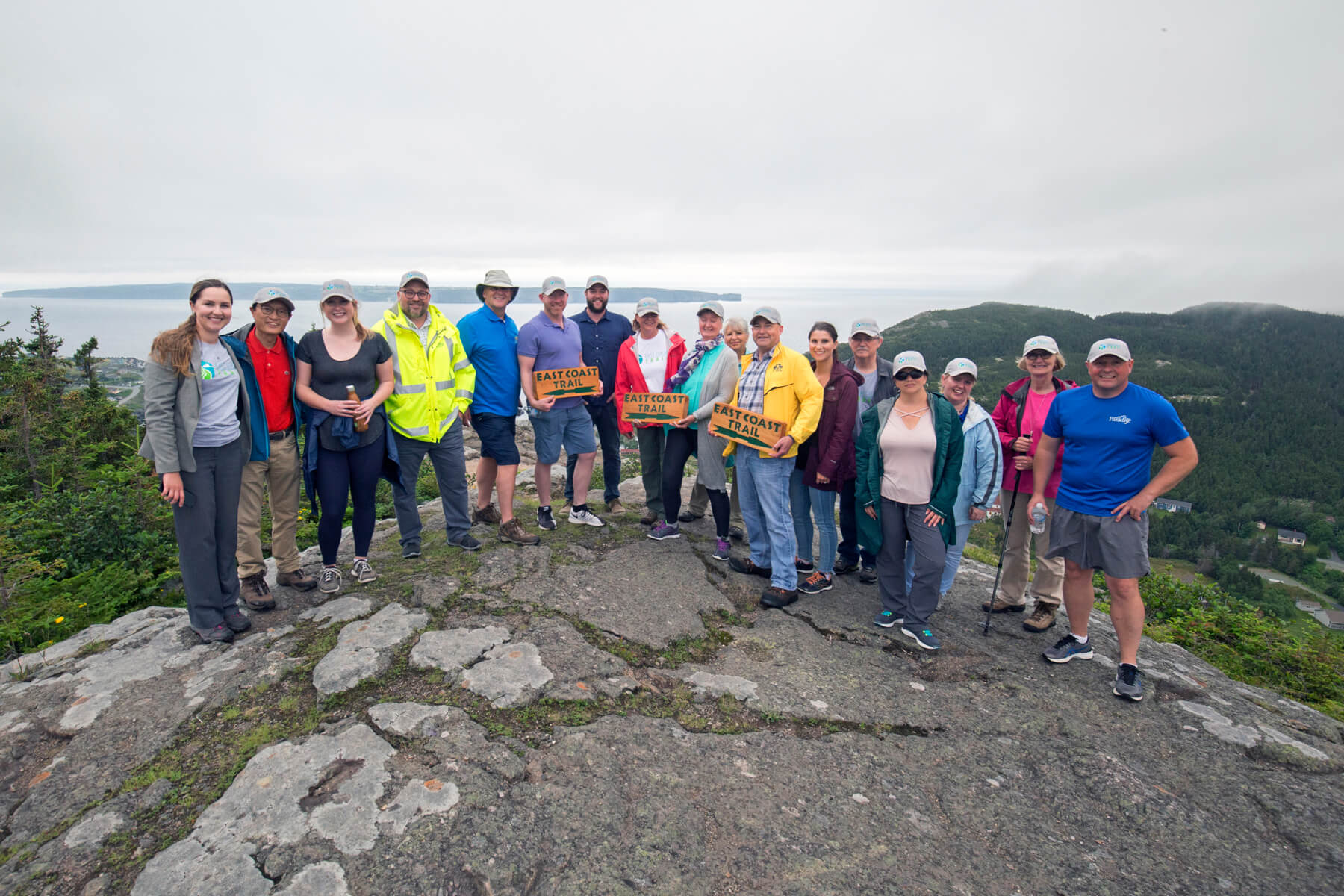 In 2016 the Towns of Portugal Cove-St. Philip’s and Conception Bay South signed Memorandum of Understandings (MOUs) to formalize their commitment to work together to maintain and protect the East Coast Trail. An MOU signing with the Town of Paradise was a final step in building the partnership necessary to begin the reclamation work to open the historic Path, a trail traditionally used by residents of Portugal Cove-St. Philip’s, Conception Bay South, and Paradise to travel between these communities, and by residents of the area who worked in the Bell Island Iron ore Mines from 1895 until its closure in 1966. 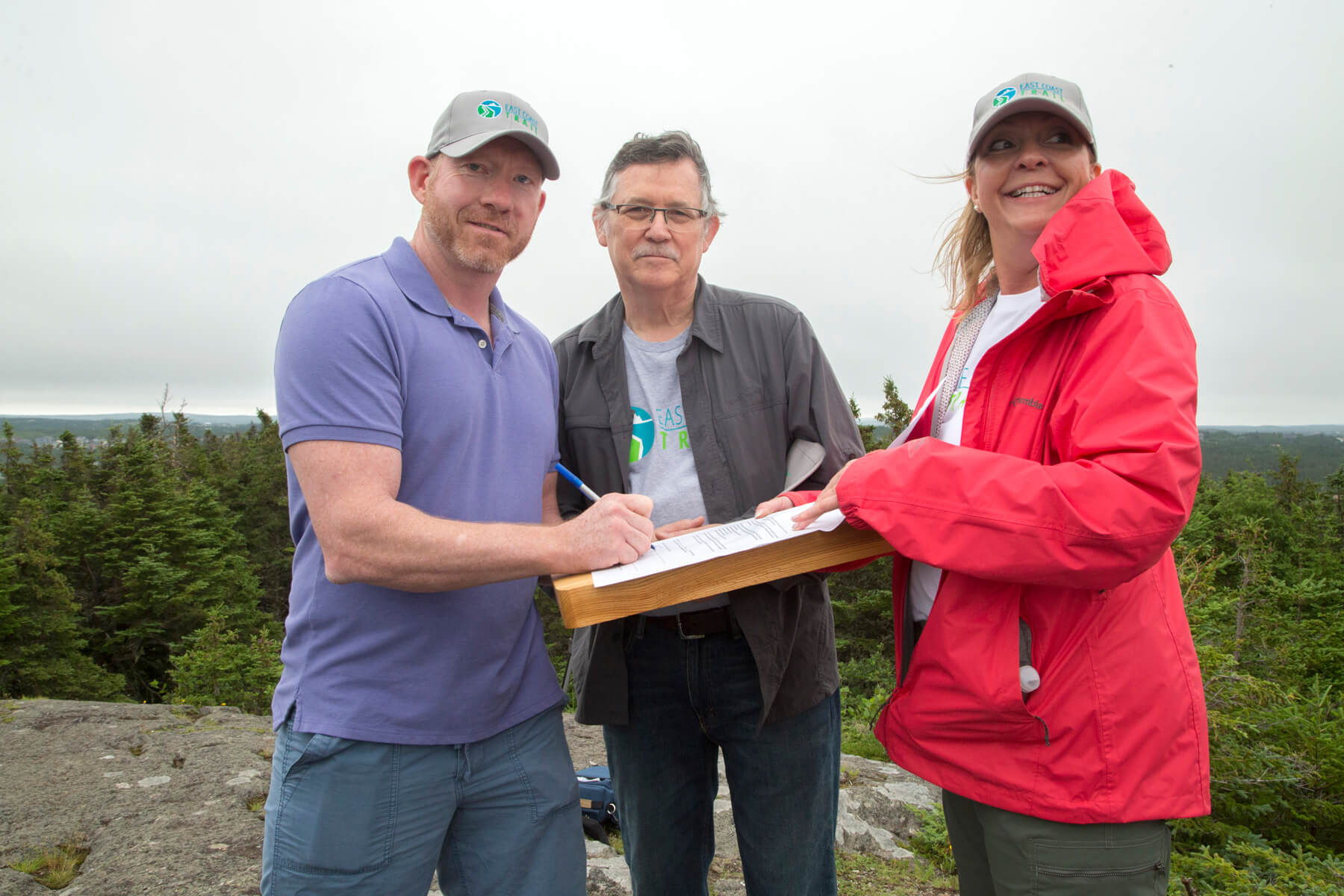 “We are very excited about the re-invigoration of a historic connection between our neighboring communities – through The East Coast Trail” says Mayor Carol McDonald, “our section of the trail offers stunning views high upon a mountain ridge overlooking Conception Bay, one of the most beautiful views on the island. We are pleased to offer this new opportunity for active living in such an incredibly picturesque setting.”

On Friday, July 27th, special guests and representatives from each of the three communities took a short hike to Grayman’s Beard in Portugal Cove-St. Philip’s to sign and announce the partnership. 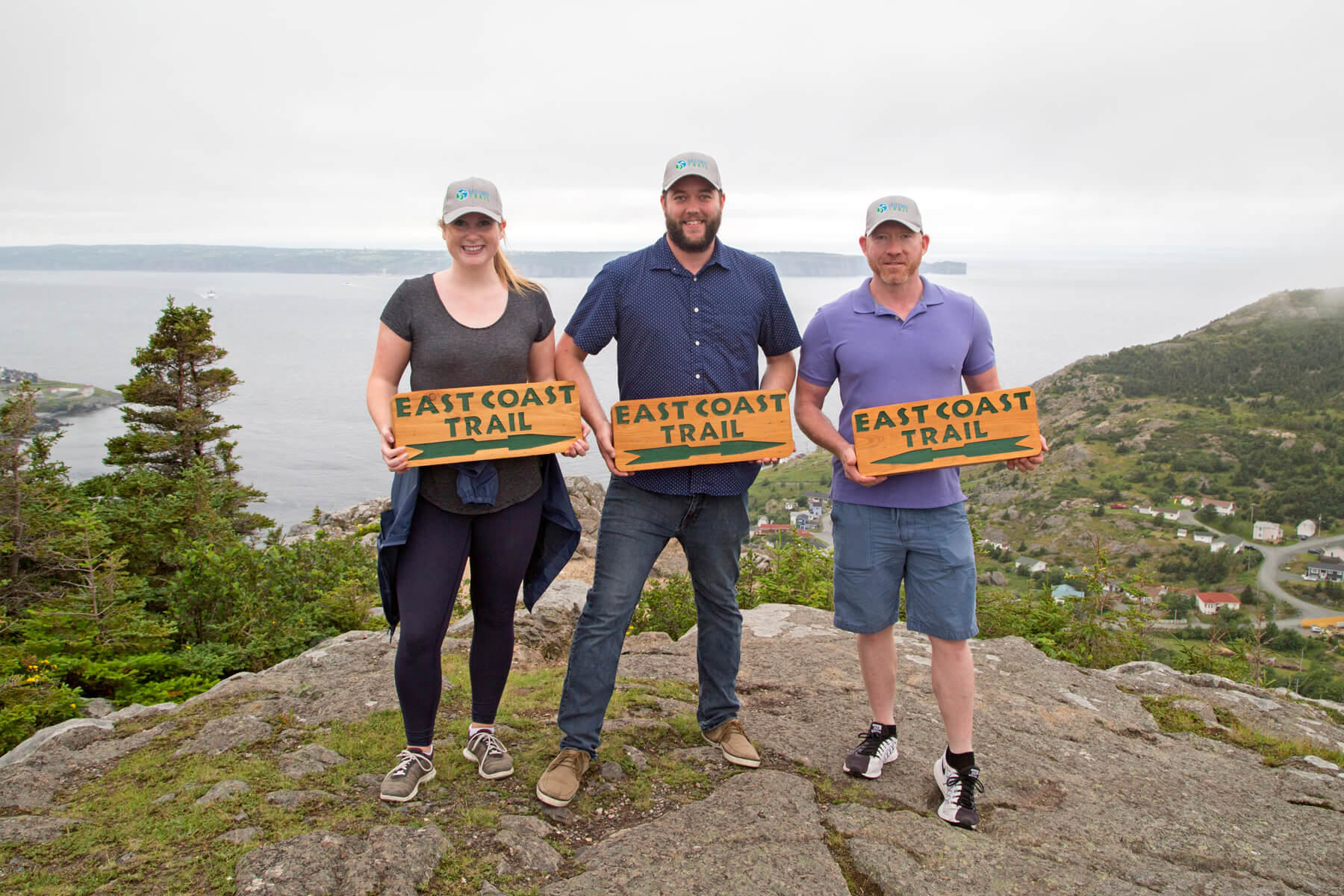