Congratulations to a group of incredible young curlers in our community. These athletes had some huge wins this week! 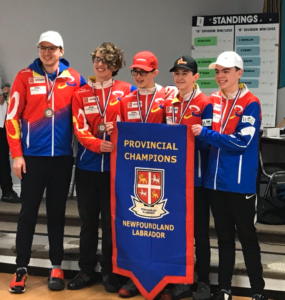 Sending a shout out to Team Perry, who earned the gold medal in the 2020 Under 16 Junior Men’s provincial curling competition! The team is made up of four members, three of whom are from PCSP: Simon Perry as Skip, Carter Holden as Second and Evan Scott as Lead; as well as Nicholas Codner of Torbay as Third, and their coach, Joel Kratz. The boys played hard to earn their championship, and the Town of Portugal Cove-St. Philip’s is proud to support our young local athletes! 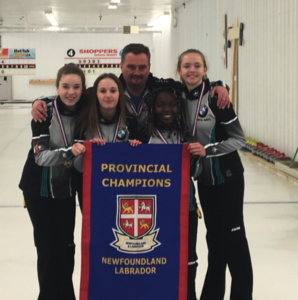 Congratulations are also in order for the 2020 Provincial U16 Junior Ladies championship curling winners, Team Locke. The team is made Sitaye Penney (a resident of Portugal Cove-St. Philip’s), Cailey Locke, Katie Peddigrew, Kate Young and Coach Ken Peddigrew. The team are also back to back champions, as they were the gold medal winners in 2019 too! Way to go, ladies!

Lights on at Town Softball Fields for Evening Walkers